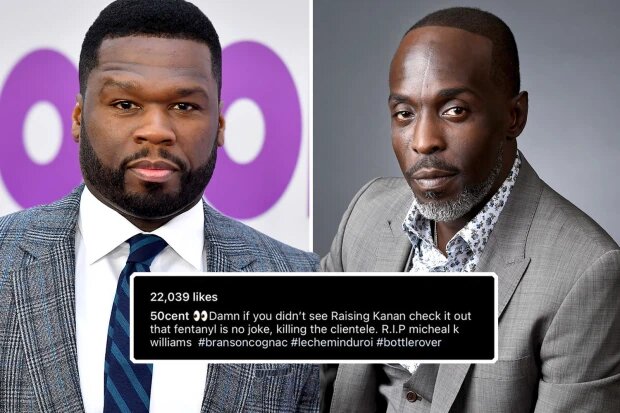 After it was announced that “The Wire” actor Michael K. Williams was found dead in his home, 50 Cent took to Instagram to post about the sad news.

“Damn if you didn’t see Raising Kanan check it out,” he captioned the post. “that fentanyl is no joke, killing the clientele. RIP michael k. williams.”

He also included a screenshot of a New York Post article that claimed the rapper died from a heroin overdose.

According to the article, “Williams, 54, was discovered face-down and unresponsive in the dining room of his luxury Williamsburg pad with what appeared to be heroin on the kitchen table.”

“No foul play indicated,” a police source said. “No forced entry, the apartment was in order.”

50 Cent is honestly disgusting and disrespectful as hell for this post smh. So lame for this…..Sending my condolences to the family of Michael K. Williams 🙏🏾🕊 pic.twitter.com/PerVZQVGV5