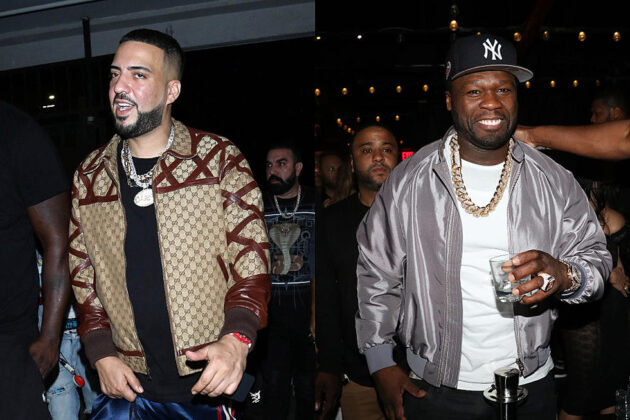 French Montana made an appearance on Drink Champs, where he spoke about his collaboration with Drake and why the rapper asked for it to be pulled from French’s album. Now, French has addressed issues he once had with 50 Cent, saying there are no issues. Of course, 50 has responded.

French was asked about 50, which led him to say that because of the hit show ‘BMF,’ whatever issues he and 50 had are gone in his eyes. “Man, let me tell you something. Me, I have no problem with 50 no more after he dropped this BMF joint. That’s my favorite s**t,” said French. He continued saying, “Whatever me and 50 ever had — shout out to 50. Yeah, me and him, everything is over after BMF. That’s the best work ever.”

50 has responded to French’s words, saying, “That was the right answer French, well handled. What beef, I don’t remember.”