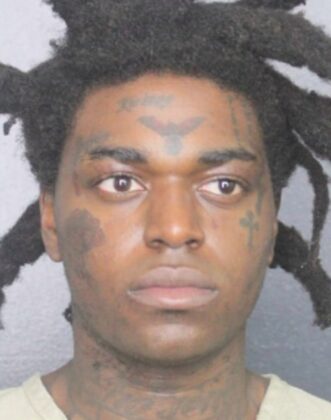 Kodak Black has been staying out of trouble lately, as the rapper was seen recently driving a boat with fans who wanted to hang out with him. Now, it appears the rapper got into some trouble in Florida, as he was reportedly arrested for trespassing on New Year’s Eve.

According to Kodak Black’s lawyer Bradford Cohen, the rapper was arrested on Saturday morning near Pompano Beach for a misdemeanor trespassing charge. However, the lawyer says the charge is bogus and based on a cease-and-desist letter from months ago.

The rapper reportedly went to his old neighborhood to hang out with friends also pay off credit card debt for five families living in the Greenacres area. The police allegedly pulled up and took Kodak Black into their custody, saying the rapper violated a letter given by the Housing Authority.

Cohen is saying the arrest of Kodak Black is unwarranted because the cease-and-desist was never appropriately served to the rapper or his label. Along with that, the letter never said anything about Kodak coming on to the grounds. Kodak was released on a $25 bond hours later.