New details have surfaced from the unfortunate night that found Takeoff of Migos losing his life. An affidavit viewed by ‘New York Times’ reporter Joe Coscarelli mapped out a timeline of events that led to Takeoff’s death.

The affidavit said Quavo was in the middle of a lucrative dice game out of the 810 Billiards and Bowling Alley in Houston, Texas, when he got into an argument after losing money to two people. One man, identified as Willie Bland, reportedly got into an altercation with one of the individuals Quavo lost his money to. 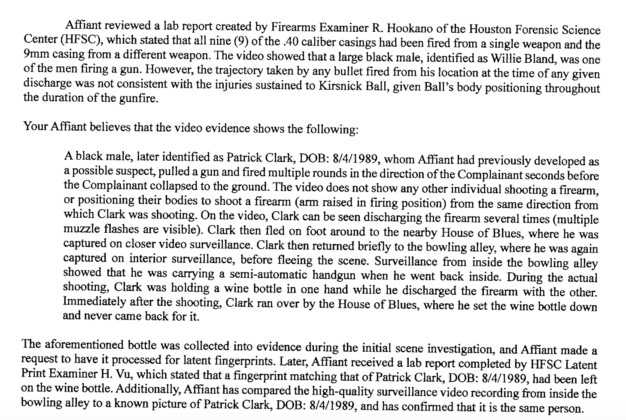 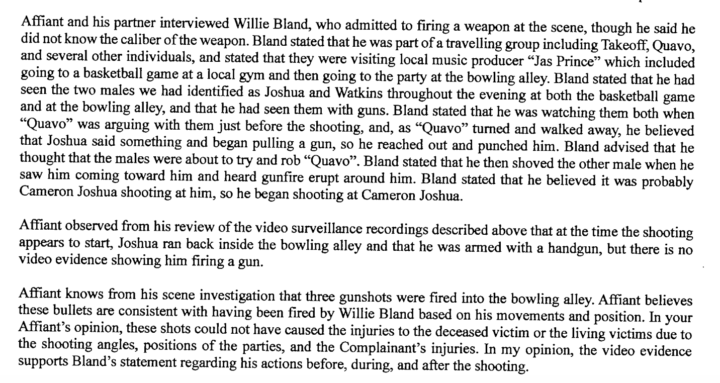 From there, two people fired off guns, with Bland being confirmed as one of the people. The affidavit noted Bland’s location at the time of the shooting was not consistent with injuries suffered by Takeoff to blame him for the rapper’s death. The affidavit stated alleged Takeoff killer Patrick Xavier Clark was the only person seen firing off a weapon. Clark was charged because of fingerprints left on a wine bottle he was holding during the shooting. The wine bottle was left in the parking lot ahead of Clark fleeing to the House of Blues.

new details in the killing of Takeoff from a search warrant affidavit filed this week:

-suspect charged in part bc of fingerprints left on a wine bottle he was holding during the shooting pic.twitter.com/ms51RkK10Q

NBA YoungBoy Speaks On Getting Beat Up In Group Home

Boosie Reacts to Meek Mill Being Pardoned by Pennsylvania