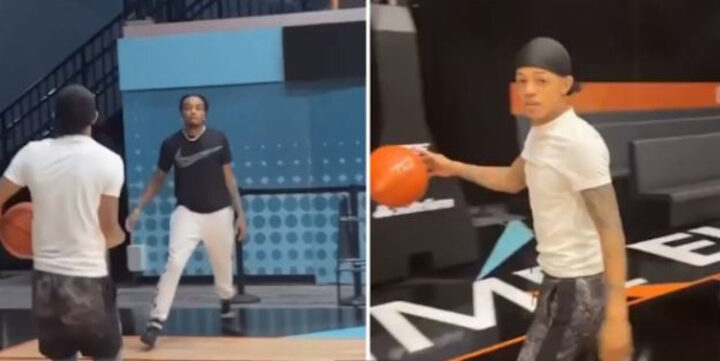 Migos manager Rel Money shared the video on his Instagram Stories, which showed the two artists warming up. Rel later followed up with another video, where he stated that YK Osiris lost the game, which the “Valentine” singer denied.

YK Osiris has been making headlines for the better part of the year for the bets he’s made and lost, including Lil Baby pressing him for $5,000 that he owed. Drake also cleared a $60,000 debt with YK Osiris after asking him for an impromptu performance of his hit song “Worth It” while YK Osiris was staying at Drake’s Toronto mansion.