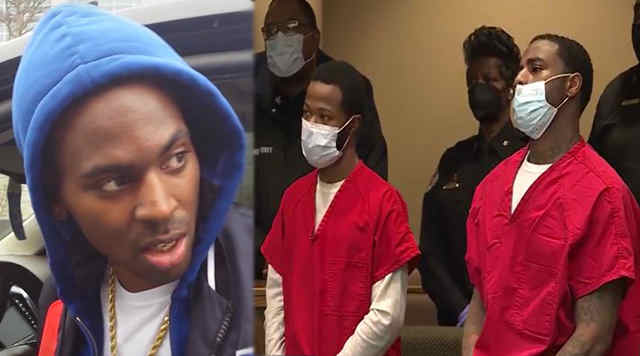 Justin Johnson aka Straight Drop and Cornelius Smith, the two men indicted for the murder of Memphis rapper Young Dolph, appeared in court for the first time on Wednesday (January 19). The two men were arraigned in court during the hearing, which was postponed from the day before after the case was transferred to a new judge.

During the hearing, both Johnson and Smith stated that they could afford their own attorney, and they are expected back in court on January 28 to report to the judge about securing an attorney. Prosecutor Paul Hagerman then stated, “This judge wants to make sure these defendants have an attorney sooner rather than later. Memphis wants some closure to this thing, and family and media, too.”

A third suspect, Shundale Barnett, remains in jail in Indiana on accessory to murder charges.