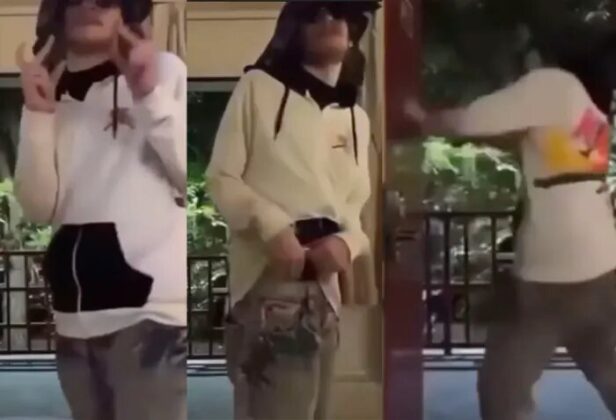 A Caucasian “rapper” from Grand Rapids, Michigan went viral over the weekend, as he livestreamed himself on Snapchat shooting another man. The video quickly went viral, MTO News has learned, and began circulating on Instagram – where it received more than 10,000 likes before IG finally removed it.

The killer was a 21-year-old “rapper” named Jacob Grygorzyk, who according to his social media profiles – is a rapper affiliated with the Gangster Disciples. Jacob recorded himself shooting a man to death on Snapchat. MTO News confirmed that Jacob was seen throwing up gang signs before grabbing the gun.

In the video, which we’ve linked to below, Jacob sets up the phone camera, so that fans could get a good view of his murderous act.

Jacob is seen talking with the victim, then he pulls a gun and chases the horrified man down and shoots him multiple times.

Luckily the video doesn’t show the actual killing of the man. But you hear him begging for his life, before the gunshots ring out.

The victim was an African American man named John Cain, who was killed while working as security at the Grand Rapids Inn. Police say he was responding to a noise complaint when he became the random target of the shooting.

Here’s a GoFundMe set up by John’s family, to pay for his funeral expenses

Police say after murdering John, the white rapper drove to his mother’s house and committed suicide.